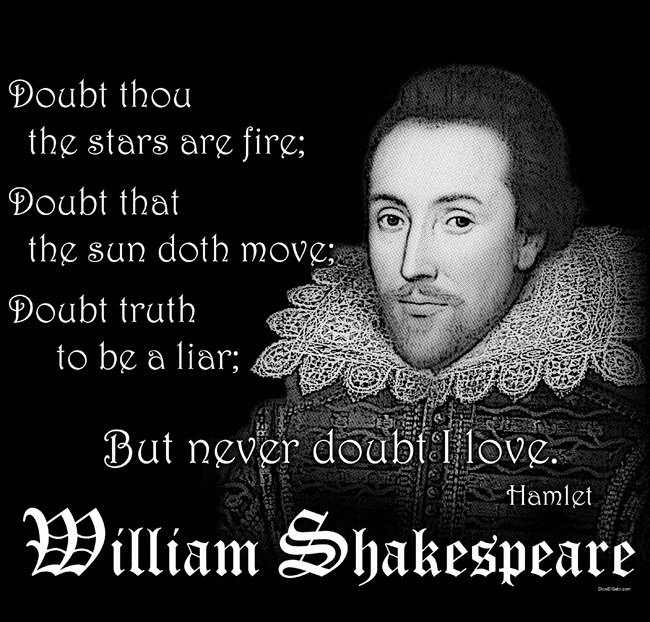 William Shakespeare was born in Stratford on about April 23rd 1564. His father William was a successful local businessman and his mother Mary was the daughter of a landowner. Relatively prosperous, it is likely the family paid for Williams education, although there is no evidence he attended university.

In 1582 William, aged only 18, married an older woman named Anne Hathaway. Soon after they had their first daughter, Susanna. They had another two children but William’s only son Hamnet died aged only 11.

After his marriage, information about the life of Shakespeare is sketchy but it seems he spent most of his time in London writing and performing in his plays. It seemed he didn’t mind being absent from his family – only returning home during Lent when all theatres were closed. It is generally thought that during the 1590s he wrote the majority of his sonnets. This was a time of prolific writing and his plays developed a good deal of interest and controversy. Due to some well timed investments he was able to secure a firm financial background, leaving time for writing and acting. The best of these investments was buying some real estate near Stratford in 1605, which soon doubled in value.